When someone mentions ADHD, words that come to many people’s minds are “hyperactive,” “unfocused,” or “impulsive.” Other people may steer straight to “troublemaker” or even “stupid.” Attention Deficit Hyperactivity Disorder carries a stigma that often has parents reeling at the onset of diagnosis, but those who really know a child with ADHD also know there is a side of it that allows these same kids to be extraordinary. The diagnosis, the treatment that is to follow, and the uncertainty about their child’s future path can be a daunting journey, but one that can be pursued successfully with the right support and natural strategies.

ADHD is typically characterized by a certain number of symptoms that fall under two categories: inattention and hyperactivity-impulsivity. Types of inattention symptoms include carelessness, disorganization, and reluctance to do tasks that require mental effort. Hyperactive symptoms include fidgeting, excessive or inappropriately loud talking, and impatience. But ADHD is also one of the most misdiagnosed disorders children face, so checking out alternate routes before a hasty diagnosis is made is essential. Consider a few other conditions that mimic the symptoms exhibited in ADHD:

If you suspect any of the above, visit these points first before heading directly to ADHD. Because each child’s physiology is so different, you have no idea how they may react to inappropriate medication. What may be beneficial for one condition can be very harmful if, in fact, another condition exists.

Once other possibilities are eliminated, and ADHD is the confirmed destination, it’s time to hit the road!

The usual direction: medication and therapy

The primary route for ADHD treatment has been somewhat of a regular shortcut: medication with a detour through the suburbs of therapy, perhaps a little stop in ADHD coaching, and maybe some extra tutoring. An efficient plan, maybe, but is it effective? ADHD is so multi-symptomatic that it doesn’t always fit into this scenario. Moreover, it manifests itself differently as the person grows older, so it makes sense that many avenues should be available to meet the person where they are at the time. Medication certainly can play an important role for some people, but there’s a whole world of options for supporting and treating ADHD that don’t necessarily include it. Let’s take a tour through!

Since ADHD is an issue in the brain, and the brain is hooked up to the body, there is reason to believe that a concerted effort to holistically maintain what’s under the hood can impact many functions. Implementing a holistic treatment regimen means you’ll deal with the body as a whole to help manage symptoms and prevent and overcome struggles. Being prepared for the weather will make the storms feel less overwhelming.

1. Pack a lunch: Diet and nutrition

This approach should be first and foremost. There is no fad diet that truly defeats ADHD, just one with little corrections that keep things from landing in the ditch. You may have to tweak slowly since children with the disorder can be especially sensitive and a sudden change may be met with vigorous protest, making subsequent changes even harder. Consider the following and modify one thing at a time.

Those who live with ADHD tend to be deficient in a handful of key micronutrients. Since deficiencies exist from the outset, it’s imperative that not only a varied and nutrient-dense diet is followed, but a good quality supplement should be taken as well. These can include:

These nutrients work cooperatively and will need at least two weeks to allow a child’s body to metabolize and absorb them effectively.

When we talk about gut health, what we are really talking about is the busy hub of our microbiome: the microorganisms living in our intestines. The average person has approximately 300 to 500 different species of bacteria in their digestive tract and while some microorganisms are harmful to our health, many are extremely beneficial and even crucial to a healthy body. Since at least eighty percent of our body’s serotonin is made in our gut (and the remainder in our brain), a really good way of boosting gut health in children with ADHD is to incorporate probiotic-rich foods as well as a high-quality probiotic supplement. Watch for these signs of a digestive gridlock gathering in your child’s gut:

If you notice any of the above, consult with your health provider about starting a high-quality probiotic supplement and try offering some high-octane probiotic nourishment like kefir, kimchi, and bone broth.

ADHD symptoms like inattention and hyperactivity can be exacerbated by artificial chemical food dyes and have also been shown to produce ADHD-like symptoms in children who don’t actually have an ADHD diagnosis. These are added to processed foods, drinks, and condiments to “improve” the appearance but their disclosure is not required on nutritional labeling, so it’s often difficult to know if an item contains one or more of them. Many commercial foods that figure prominently in a child’s diet—such as orange juice and orange-coloured cheese, canned fruit, and even oatmeal!—frequently do.

Unfortunately, additives and preservatives have a similar impact on ADHD as artificial food dyes and colourings do. While they don’t cause ADHD, they can increase hyperactivity in children. Figuring out whether a food item contains any preservatives can be tricky so look for words you can’t pronounce, such as “butylated hydroxyanisole”. Alternatively, if you see an acronym (for example BHP) and you don’t know what it stands for, then you probably shouldn’t be eating it. “Convenience foods” are really just “food-like substances” and are especially prone to having preservatives pumped into them so that they can live for months, or years, on a shelf. Avoid additives and instead choose foods that are fresh and perishable.

Regular carbohydrates like white bread, white rice, and conventional pasta quickly metabolize into glucose and can cause a “spike and crash” that leads to anger and irritability. Complex carbohydrates pack more nutrients and fibre and digest more slowly. You can start adjusting your child’s diet by mixing white rice with brown rice to gradually introduce brown rice, and then eventually substitute rice entirely for staples like cauliflower “rice” or quinoa. Pasta can be replaced by spiralized zucchini or spaghetti squash. Before swapping to whole grain bread, try a lighter whole wheat then move on to other types of grains.

A carb-laden diet is a recipe for disaster as it causes blood sugar fluctuations that lead to poor mood, brain fog, and inattention. In contrast, a diet high in protein-rich foods helps to prevent surges in blood sugar and helps the body produce the neurotransmitters necessary for attention, learning, and self-control. A focus on limiting carbohydrates and increasing protein is a more mindful and well-balanced way of eating. A good rule of thumb is to remember: garbage in equals garbage out. Everything you put into your body will react in a certain way, either positively or negatively, so the fewer nutrient dense foods you consume, the higher the risk of diabetes, kidney disease, heart disease, obesity and, of course, mental wellness issues including increased ADHD symptomatology.

Note: When you change the diet of the person with ADHD, make the changes for the entire family to ensure much better success. 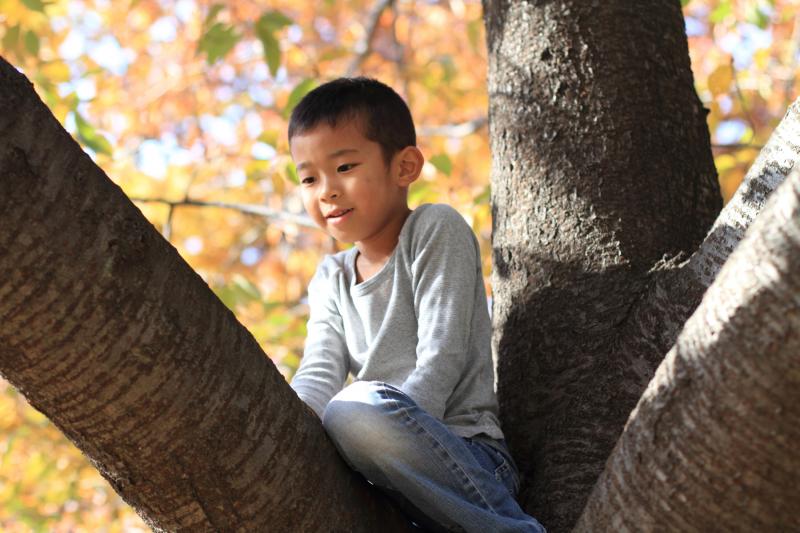 2. Get out and stretch: Exercise

Not only does exercise increase dopamine levels in the brain, allowing this “feel good” neurotransmitter to give us a smoother ride throughout the day, but as little as thirty minutes of exercise can result in almost an hour’s worth of focus by triggering endorphins that impact the brain’s ability to prioritize and block out distractions. Children with ADHD also tend to be anxious and often worry excessively, and the calming hormones that exercise produces can naturally reduce their stress. Dr. John Ratey, a Harvard professor prominent in the field of research on the effects of exercise and ADHD has described it as “nature’s Prozac.” Furthermore, the stigma and challenges that ADHD confers creates a self-perception of failure in these kids. But being aerobically fit, says Ratey, gives them a jump that gets them past the learned helplessness they so often fall prey to and encourages them to try things they wouldn’t have otherwise. 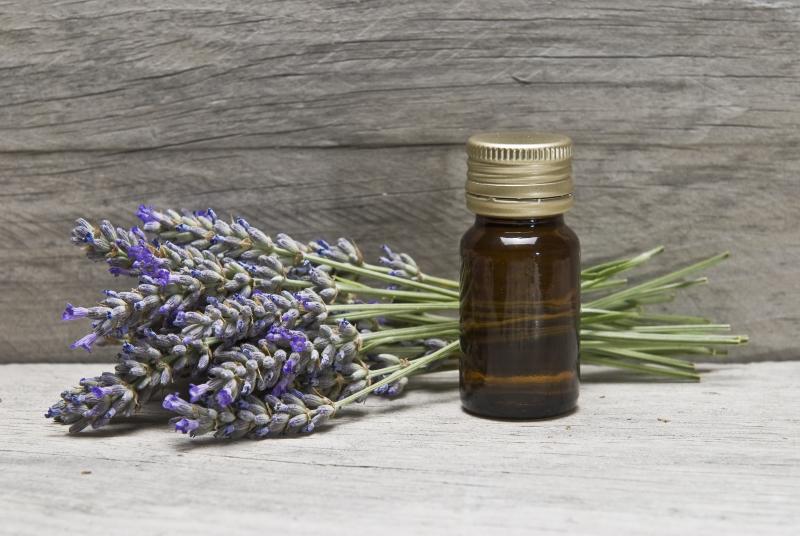 The mental and physical restlessness that characterize ADHD make it especially difficult for sleep to come easily or achieve good quality. ADHD sufferers tend to not only have trouble falling asleep and staying asleep, they have difficulty waking up, and they often experience drowsiness when they’re not engaged with or interested in what they are supposed to be doing. The key to reaping the good sleep benefits that all children need is consistent routine plus a few highly effective habits: 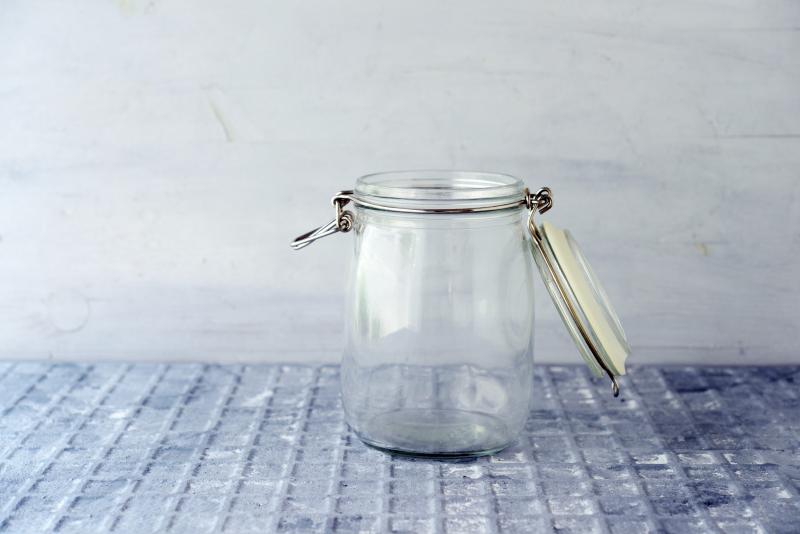 This is a great way to help validate a child’s feelings and help them feel more in control of their own worries and anxiety.

Decorate and label a jar or box. On small strips of paper, have your child write down every worry they can think of. Schedule “worry time” each day when your child is free to discuss their worries to their heart’s content (15 minutes is a good duration, and preferably not right before bed!). When new worries come up at unscheduled times, have them write it down and put it in the jar for worry time later. Once your child feels they have overcome one of their worries, have them remove the paper from the jar, rip it up, and throw it into the air!

The Canadian Paediatric Society estimates that, worldwide, 3.4% of children have ADHD. The American Psychiatric Association has 5% of American children with ADHD and the CDC estimates closer to 11%. In a classroom of 30 kids, then, anywhere from 1 to 3 will be diagnosed with ADHD, but it does not have to mean if your child is among them that it will be a ticket straight to hardship. In fact, along with the challenges, children with ADHD also possess many beneficial qualities that are easy to see. They are energetic, spontaneous, creative and inventive, and hyper-focused on tasks they do enjoy. The trick is recognizing and harnessing these assets for success. In fact, many very accomplished people have been diagnosed with ADHD, including Richard Branson, Justin Timberlake, Simone Biles, and Michael Jordan!

Piloting the journey of ADHD with your child can be both a bumpy drive and joy ride. With some good directions, a tankful of patience, a tune-up of mindfulness and self-care, and good maintenance at home and at school, managing ADHD naturally can get your child and your family where they need to go.