The Impact of Non-Chemical Toxins on Children

Rise above the noise and confusion
By Dr. Leslie Solomonian, ND, 05 September, 2019

It’s likely that you’re well-aware of the toxins lurking in plastic toys, non-organic apples, and personal care products and are working hard to avoid them. But does your vigilance extend to the health effects of environmental factors beyond chemicals? Research continues to evolve around understanding the impacts of noise, artificial light, WiFi, cellular networks, and electromagnetic radiation and so far, conclusive data is limited. Given how quickly technology changes and the known vulnerability of our children’s bodies, the little we do know warrants a precautionary approach (see sidebar) to how we incorporate and manage these elements in our families’ lives, as even the scraps of available evidence are raising red flags.

A specialized definition of a “precautionary approach” in this context comes from the 1992 Rio Declaration on Environment and Development, Principle 15, which states that in order to protect the environment, "Where there are threats of serious or irreversible damage, lack of full scientific certainty shall not be used as a reason for postponing cost-effective measures to prevent environmental degradation."

We might like to add, “…nor to use children as non-consenting subjects in health experiments.” In other words, better safe than sorry.

The impact of artificial light

Two million years ago our species evolved in synchronous response to the light given off by the sun and reflected by the moon. By sleeping during the night and being active and eating during the day, we effectively avoided predators, digested our food, and rested according to our biology. As a result, we have evolved within a natural cycle with predictable surges of hormones and other brain chemicals. Cortisol levels spike in the morning; melatonin rises in the evening; reproductive hormones follow set patterns; body temperature rises and falls according to the 24-hour clock. These rhythms are coordinated by genetically-defined messages from the brain, with influence from other external factors such as nutrition, temperature, stress, and light exposure.

Under natural conditions (think camping!), the body is exposed to bright light during the day (1000-10,000 lux) and very dim light at night (0.1-1.0 lux). The light intensity in a typical living room has been estimated to be 100-300 lux; on an urban street at night, light levels can reach 15 lux; electronic screen devices can emit up to 40 lux. It only takes one hour of exposure to 45 lux to reduce melatonin levels by 60%. Wavelength appears to be important as well, with blue light having an even greater effect.

Light exposure is much different now from when we were living in caves. Although the use of electric light revolutionized productivity in the past 130 years, it is misaligned with our bodies’ expectations. Because we are inside so much, we are exposed to less sunlight. On the flip side, we have more exposure to light when it’s supposed to be dark.

Studies support the association between artificial light and disease among people who experience nighttime light exposure. It seems that much of this impact is due to the effect of abnormal melatonin levels which are supposed to increase in response to darkness and be suppressed by exposure to light, ideally during the day. Melatonin plays a key role not only in conducting the rhythm of other hormones, but in impacting mood, stress response, sleep, and immune system function.

The 20% of the population that engages in shift work are unwitting experimental models of the impact of artificial light exposure on health. Studies have demonstrated effects on metabolism (including obesity and diabetes), immune function, and fertility. Even non-shift-workers exposed to light levels greater than 3 lux at night had significantly higher body weight, waist circumference, and cholesterol levels than control subjects.

Shift workers also have higher rates of low mood and depression than controls. This should not surprise those of us who are also familiar with the struggle of seasonal-affective disorder (SAD) during winter months, which is thought to be related to persistently high daytime melatonin levels resulting from decreased daylight exposure.

Shift workers also have an elevated risk for cancer, particularly of the breast and prostate. The International Agency on Research on Cancer (IARC) has classified shift work as “probably carcinogenic to humans” and some countries such as Denmark have classed breast cancer as an occupational health risk associated with shift work. One study noted a strong correlation in 164 countries between nighttime light levels and breast cancer incidence. Again, melatonin seems to play an important role; when this hormone is suppressed, the body’s natural protective mechanisms against cancerous processes are impaired.

Although few children are working shifts, their response may be more pronounced, with one study showing melatonin suppression double that of adults exposed to the same amount of light. An untested theory cautions that even in the womb, exposure to artificial light may impact the development of the part of the brain responsible for the regulation of circadian rhythms, increasing the risk of later cancer development. 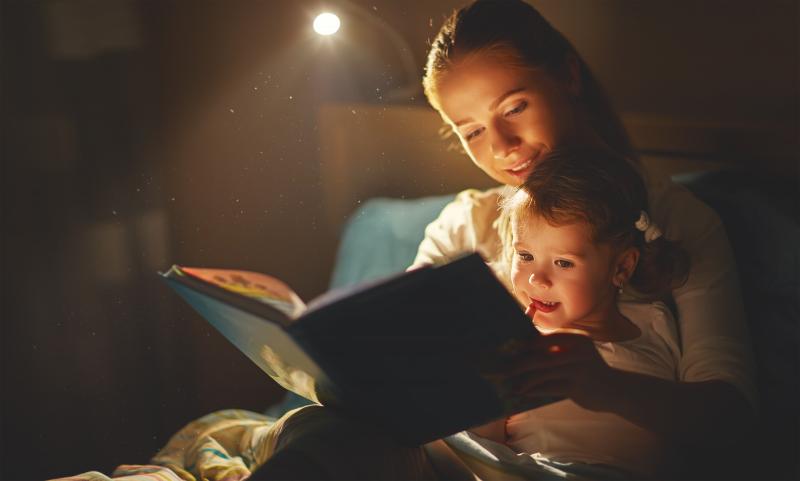 In addition to the potential for direct damage to the inner ear, noise pollution has a notable effect on stress levels and cognitive function, particularly when it interrupts sleep. The World Health Organization and other researchers have identified significant associations between noise pollution and impaired cognition, memory, and learning in children. But that’s not all. Other researchers have demonstrated that noise pollution is a risk factor for cardiovascular outcomes, possibly related to levels of annoyance, sleep disturbance, and disturbance of daily activities. Further associations between noise levels and respiratory disease have been shown in young people, independent of other factors such as pollution or pollen levels.

Noise is not an equal opportunity offender. Children with ADHD, those from quieter homes, and children with a quieter disposition may be more bothered by noise than others. Most of the studies have looked at noise from air traffic, urban streets, and rail lines, but unfortunately, socioeconomic circumstances may prevent families from making effective changes to their living environments.

Cut through the noise!

Electromagnetic interference and the body

Beyond the impact of the actual media messages delivered by cellular and WiFi signals, and the influence of device use on physical activity, electromagnetic waves themselves may have physical consequences to growing bodies. Most children are exposed to low-level electromagnetic frequencies (EMF) from household electrical wiring, radio and television transmissions, cellular and communications infrastructure, and wireless devices in homes (including baby monitors). But the highest exposure is from hand-held devices such as cell phones.

Children are using these devices at unprecedented levels, and over their lifetimes will have a much higher total exposure to radio frequencies (RF) than today’s adults, increasing the risk of harm. An IARC Working Group Monograph has classified RF electromagnetic fields as “possibly carcinogenic to humans”. This determination was made based largely on the association between mobile phone use and glioma (a type of brain tumour). While there is not a compelling link to gliomas or other brain tumours in childhood specifically, there is convincing evidence to suggest that the development of glioma later in life is predicted by earlier and heavier use of cell phones, particularly when use began before the age of 20. An increased risk of childhood leukemia has also been associated with exposure to low-level environmental EMF.

Cellphone use has also been tied to fatigue and headaches in young people, ringing in the ears, and neurobehavioural functions such as inattention, impulse control, and concentration. However, results are inconsistent, and it is difficult to untangle the various mechanisms that are potentially involved, including exposure to EMF itself, disrupted sleep, melatonin suppression, bedtime resistance, and the nature of the media content being consumed. 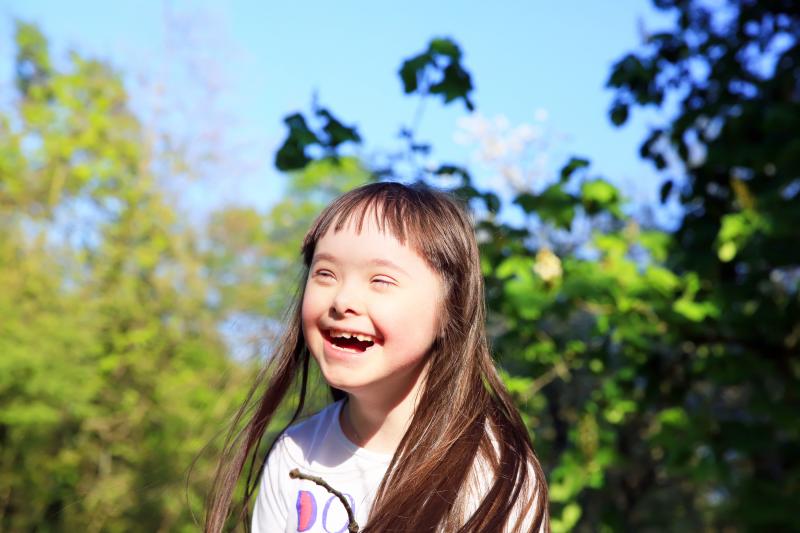 We are at a pivotal point in human history. Our modern conveniences pollute the air, land, and sea and, consequently, ourselves. Shifting weather patterns have worldwide ramifications on social, political, agricultural, and geographic circumstances of people and animals. The ripple effects include the loss of biodiversity and natural disasters, which lead to disease, housing and food insecurity, out-migration, and in some cases, violence and war. Our unstable ecology also means that, for example, infections like Lyme disease are spreading due to the shifting migration patterns of deer. This upheaval brings with it stress, fear, and mental health struggles for many people.

The impacts are also disproportionate. The places in the world that contribute the least to climate change often suffer from it the most. Those of us blessed to live in North America—though we are experiencing the effects of significant weather events like flooding and forest fires—are far less likely to be severely affected by climate change than those in the global south, although vulnerable populations in North America are certainly affected more adversely than others.

Children and adolescents, who in all populations are naturally the most defenseless, least socially secure, and least equipped to manage the consequences of climate change impact, are also disproportionately affected. The effects of severe weather events on education provision, the introduction of ensuing infection and toxins, and issues around mental health magnify the unpredictability and ongoing upheaval throughout their lives.

The toxic effects of stress

Children exposed to chaotic households, crowded conditions, and other stressful environments tend to have decreased capacity to respond adequately to environmental toxins. These kids have a greater risk of environmental disease, not only due to increased exposure to chemicals from poorer quality food, contaminated soil, and being nearer to transmission towers, but also due to the synergy between harmful physical and emotional toxins. Even in the most loving home, the reality of the news cycle, the stress of social media, and the high-pressure environment in some schools can create a significant amount of stress and worry in young people.

It’s extraordinarily difficult to live in this world without exposing yourself and your children to environmental toxins. Unless you’re living completely off the grid, it’s not realistic to expect that they won’t carry some kind of toxic load, chemical or otherwise. Small actions sometimes don’t feel so powerful, but it’s important to acknowledge that what we all do matters—on a personal, local, and global scale. And small doesn’t necessarily mean easy—many of these suggestions might go against the grain and require determined, deliberate decision-making and effort. Sit down with your family to reflect on them and commit to the ones that work for you.

Using those radio frequency waves for good, share what you’re doing and create a viral ripple effect, for the good of all.