What We Know About DEET So Far

Repelled by repellant? Doubtful about DEET?
By Tracey Lothian, 21 May, 2019

It’s a summer evening in rural seaside Nova Scotia. The air has the soft tang of freshly-mown grass (ok, mostly weeds and clover), the temperature is benevolent and enhanced by the clean ocean salt, and a few people have arrived for a good-natured game of bocce. Flapping half-heartedly at something invisible, the first-up lifts the heavy red ball. A few practice swings and it arcs flawlessly through the air, plunks onto the clipped lawn, and rolls a short distance over the irregular terrain to a location that is simply pétanque perfection. Heads are thrown back with hearty outbursts of both victorious roars and faux-devastated outcries. Convivial well-being abounds in a halcyon setting and nothing could spoil this scene of bucolic camaraderie. And then...

SMACK! smacksmackSMACK! THEY have discovered the nectarous banquet of human vapours and they do not wait for a proper invitation.

I apologetically offer bug spray, which is unanimously declined for about three minutes until a Hitchcockian, flying-arthropod hell is unleashed. Quickly, people start rethinking their stoicism and reasonable aversion to being sprayed with chemicals, like so much Monsanto produce.

DEET is one of those things that you hate to love but the prevention of histamine-induced rage and vector-borne infection often prevails over the logical disinclination for a chemical that is still not fully explained. Let’s see if we can arrive at a place of understanding with our frenemy, DEET.

The repellant we are so ambivalent about has happily been granted the cheerful diminutive DEET. Otherwise, we’d be calling it N,N-Diethyl-meta-toluamide or diethyltoluamide, and that just wouldn’t be nice. DEET belongs to a sub-category of pesticides called insect repellents but is not used as an insecticide. Formerly known as the slightly icky “bug juice”, it was developed by the USDA in 1944 for the US Army in response to the actual hell of jungle warfare and became available to the public in 1957.

How the DEET does it work?

If it were as simple as having an offensive smell, flies wouldn’t be attracted to putrefaction or teenagers marinating in body spray. DEET is chemistry, which, as you know, is rumoured to be a legitimate science. I’m not going to get too scientificky on you (unless you want to hear about “attenuating electrophysiological responses to 1-octen-3-ol”—I know I don’t), but two well-cited studies help elucidate current theories (while challenging my best science-speak translation and paraphrasing abilities).

Initially, it was believed that DEET interfered with the ability to detect attractive host chemical signatures, thus the insect would simply fail to recognize what should have been a fancy feast. This theory was proposed before specialized olfactory receptors (ORs) had been identified and so has lost traction.

Attractive host-odours combined with DEET cause a failure of ORs to activate the feeding behaviour that insects would normally engage in without DEET present. Kind of like how the (usually irresistible) smell of a nice malbec after an especially indulgent night has a new, and not-so charismatic, dimension for a few days, which confuses me. But like I said, I’m no scientist.

DEET is perceived by a single OR as a noxious odour. Some things just smell bad and you don’t stop to to ask why.

More than just alarming smell bells may be at work. Contact and gustatory (touch and taste) modes of repellency might also be saving us from being reduced to juice-packs and pathogen repositories. If the concentration through vapour transmission isn’t sufficient to initiate avoidance, taste receptors in the legs and proboscis (the feeding organ) might be causing the insect to avoid ingesting the bitter compound. Like the first time your kids tasted soap: they didn’t continue to eat the whole bar, did they?

Commonly referred to as the gold standard of bug dope, you may think it’s just a corporate cartel or a one-Off (get it?!?) of marketing evil-genius. I can’t really speak to that, as proprietary espionage isn’t my style, however, a neat 2001 study published in the New England Journal of Medicine compared the protection time of several products of varying delivery modes and concentrations which bore out the assertion that DEET reigns supreme for lasting effectiveness.

The devil is in the DEET?

Why does it matter how it repels? It just does, for gnat’s sake. Identifying the precise biological mechanisms at work in repellency will require an immense effort of testing. So, why bother? Because DEET is, unsurprisingly, not perfect. According to one study,

It has to be applied at relatively high concentrations (10% or more) to be effective. DEET needs to be reapplied to skin every few hours to ensure repellency. Pure DEET melts plastic and vinyl. It is also not very volatile. Because of the short-range spatial protection of DEET, it needs to be applied either on skin or cloths to effectively repel arthropods, whereas other application methods, such as wearing a DEET-impregnated wristband, do not work. There is also evidence that mosquitoes can become resistant to DEET. The limitations of DEET have fueled a search for alternatives.

A 1986 NIOSH survey of Everglades National Park employees found that one quarter of the subjects suffered from rashes, skin irritation, numb or burning lips, nausea, headaches, dizziness, and difficulty concentrating.4,5 The report recommended that DEET’s use be limited when possible, though causation was never established. In the 1990s, Cornell University et al. published a fact sheet implicating DEET in seizures among children, but misuse was implied in some cases—one child’s body and bedding had been sprayed nightly for two weeks—and cause was also not determined.

The few studies that have been done on human pregnancy showed that DEET does cross the placenta, but in low concentrations, and the infants did not exhibit any more problems than did babies whose mothers had not used it. It was found to have ill effects in pregnant mice, but at substantially higher levels of use than is normal for humans. It has not been found to have significant effects on the environment or in animals.

So while people who use it sporadically, in low concentrations, and according to directions, can usually use it safely, there may be good reason to seek alternatives, especially for those who engage in activities where higher concentrations and frequency are required, such as park employees, or inhabitants of climates and regions where disease-carrying insects are known issues. 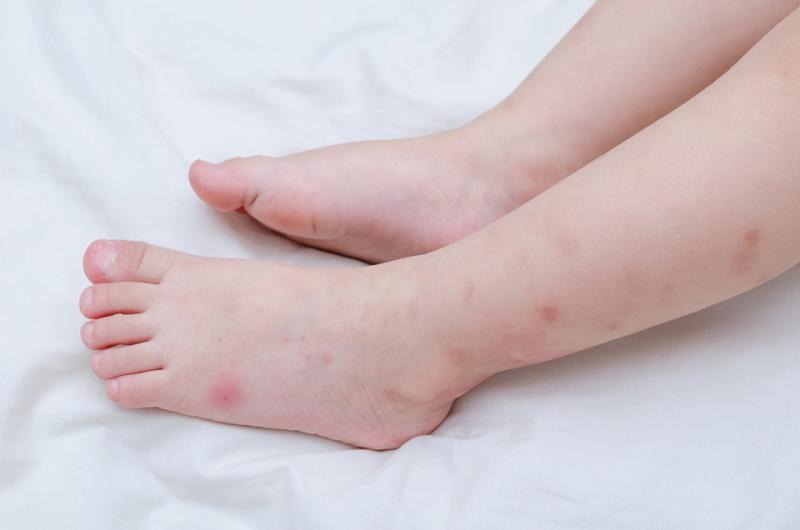 With the accessibility of travel to bug-friendly sun destinations, the potential for North Americans to contract horrors like the Zika virus is increasing. Sorry to be an alarmist, but lest you think that vector-borne diseases (“infections transmitted by the bite of infected arthropod species, such as mosquitoes, ticks, triatomine bugs, sandflies, and blackflies.”) are the stuff of tropical climes only, a 2016 report, “Emerging vector-borne diseases in the United States: What is next, and are we prepared?”, notes that “Arthropod-borne viruses (arboviruses), bacteria, and to a much lesser extent, parasites, are medically important vector-borne pathogens in the United States.” West Nile, dengue, and chikungunya viruses, and tick-borne diseases including Lyme disease, Colorado tick fever virus, and Heartland viruses, are but a few. The report complains that insect repellents as a means of prevention are underused, even during well-publicized outbreaks. They encourage the development of new active ingredients and improvements in formulation, such as repellent-containing soaps. There is good reason to have “bug juice” handy where a more intensive use is warranted. As a truly safe level of use is not known, ongoing research into alternatives continues to be a worthwhile endeavour.

Although we here are eco, it is difficult to offer alternatives that align with that philosophy if effectiveness is your goal. None so far have the efficacy, the proven relative safety, the CDC (Center for Disease Control) credibility, or the EPA (Environmental Protection Agency; in Canada, the Pest Management Regulatory Agency) approval that DEET has thus far demonstrated and gained, and so cheating on DEET should be done mindfully. Our friends at the Environmental Working Group (EWG) created the very thorough and thoughtful EWG’s Guide to Better Bug Repellents in 2013 (watch for their updated version coming soon) and found that “DEET, which is widely used but much maligned... [has a] safety profile [that] is better than many people assume. Its effectiveness at preventing bites is approached by only a few other repellent ingredients.”

The EWG does not recommend wristbands, foggers, zappers, yard treatments, insecticide fans, or candles. Nor do they endorse essential oils or botanicals as effective repellents because they have not undergone testing and they caution,

EWG research indicates that botanically based bug repellents are not often the best choice. The most common contain castor oil, cedar oil, citronella oil, clove oil, geraniol oil, lemongrass oil, peppermint oil, rosemary oil and soybean oil. While effectiveness varies, and there may be a few exceptions, most botanicals repel bugs for a short time, if at all.... Products based on these botanical ingredients generally contain known human allergens – often at much higher concentrations than personal care products.

See their guide for available brands that contain approved ingredients and for a list of known allergens likely to be present in common botanical alternatives. Also note that there is a difference between “oil of lemon eucalyptus”, whose effective ingredient is PMD, and “lemon eucalyptus oil”, whose vital ingredient is citronellal – the same chemical that makes citronella work.

*A note on permethrin

Permethrin-treated clothing is effective but controversial. This neurotoxic chemical, also found in lice treatments, kills ticks but is also harmful to the environment. It has been classified by the EPA as a likely carcinogen and yet it is on the WHO Model List of Essential Medicines, “a list of minimum medicine needs for a basic health‐care system.”

An ounce of prevention

That much-neglected little thing. Bug spray does not always have to be the first or only solution. Reduce juice use by discouraging the pest population around your home and creating physical barriers for your skin.

The upshot: DEET is a chemical, and a balance between risk and benefit should be observed. DEET has thus far proven to be less hazardous than intuition would lead us to believe, with the caveat that usage should be carefully considered and according to label directions as it can easily be rendered toxic through misuse. We all want to offer our families a generous helping of outdoor time, so monitoring the conditions in the environment and region we inhabit plays an important part in our decision to apply DEET, including how much and how often to apply it. Get outside, but don’t let it drive you buggy!

If you do choose to use DEET or any other repellent, the EWG guide recommends following these precautions: