Are you getting enough vitamin K2? Chances are you probably aren’t, as most of us—even those among us who adhere to healthy diets—can be deficient. Get to know what this vitamin is good for and where to get it!

Vitamin K is broken down into two main types: K1, which is abundant in leafy greens, and K2, which is found primarily in animal products and fermented foods. While most of us are already familiar with K1, vitamin K2 has recently jettisoned into the spotlight as more research seems to indicate its uniqueness and necessity for optimal human functionality. For many years it was assumed that K1 and K2 served similar functions, and although they do have very similar molecular structure, they work incredibly differently within our bodies. While vitamin K1 deficiency is uncommon, unfortunately the same can’t be said of K2.

Most of the vitamin K1 we get is from plant sources. We’re talking about the green stuff: kale, spinach, chard, dandelion, and collard greens, but is also found in broccoli, spring onions, brussels sprouts, and even kiwi!

The grass roots of K2

You’ve probably heard that grass-fed animal products are the way to go. But did you know that grass-fed meats, eggs, and dairy are also some of the best natural sources of vitamin K2? How much K2 an animal accumulates in their body is directly related to the amount of K1 they consume while grazing. Conventionally raised livestock who do not have pasture access and are fed grain and soy have considerably less K1 in their diets, which translates to less K2 produced by their bodies. Grass fed animals, on the other hand, have an entire field full of delicious grass, naturally high in K1 that readily synthesizes into K2. 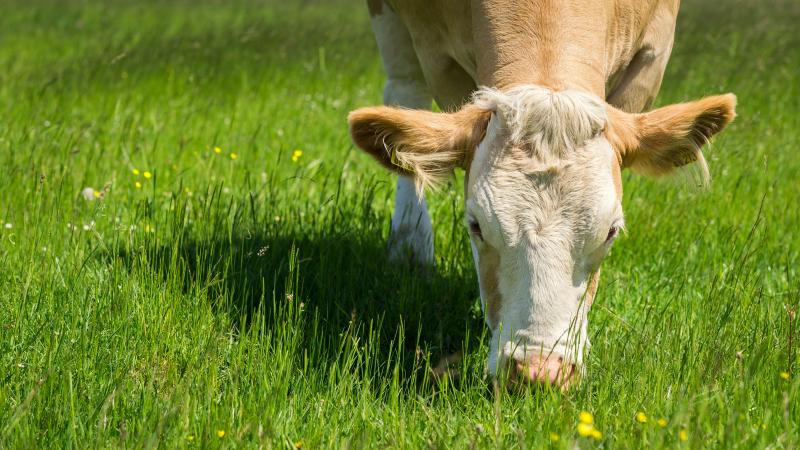 While it’s called vitamin K2, the name itself is actually more of an umbrella term used to categorize a subset of numbered menaquinones, the most recognized forms being M4, M7 and M10. In simpler terms, the menaquinones are numbered based on the length of their chemical side chains, and while these can be synthesized in the human body through the conversion of K1, we often don’t produce or ingest enough for optimal body functioning. This is where diet and supplementation are worth exploring.

When we consume calcium, it’s absorbed into our blood stream. From there, it’s directed by calcitonin and other protein hormones to areas that need it most, like our bones, teeth, and other specific tissues. In order to be able to function properly those protein hormones need a shot of K2 to activate them. When K2 levels are insufficient in the body, calcitonin can’t do its job and bone mineralization is impaired.

That’s not all K2 does! It also inhibits and destroys osteoclasts (cells responsible for bone deterioration), leading to improved bone density, and research has shown positive improvements in patients suffering from osteopenia and osteoporosis when given vitamin K2 supplementation. K2 has also been shown to be beneficial in growing children: bone mineralization, including prevention and treatment of minor dental carries and proper jaw formation (preventing overcrowding of teeth), are just a few of the benefits.

K2 at the heart of the matter

Research is showing great promise for vitamin K2 in helping to reduce and prevent cardiovascular disease. Atherosclerosis—plaque buildup due to calcification in the coronary arteries, aorta, and valves within the heart—can be greatly diminished with supplementation of K2. Vitamin K2 has also been shown to increase the tone and pliability of blood vessels, leaving them less rigid and stiff. It may also improve varicosities and elastin production in our bodies (think anti-wrinkle!).

In 1945, long before K2’s rise to fame, Dr. Weston Price, anthropologist and dentist, had noticed a correlation between non-industrialized world diets and their reliance on traditional farming practices (grass-feeding animals) for food sustenance, and the resulting protection from tooth decay, heart disease, and improved growth and development. Price referred to the unknown nutrient as “activator X”, which researchers now believe was an early mention of what we now know as vitamin K2.

How much K2 is enough?

While a healthy gut produces its own K2 most of us aren’t getting enough, especially with our standard Western diets. The dose is different depending on direction of treatment, but 180-240 mcg per day is a good starting point for disease prevention and overall health.