Bossy, commanding, demanding, insatiable, frustrated, restless, and resistant are just a few of the words used to describe the behaviour of children who act like they are in charge of their adults. These characteristics are not genetic, learned, nor can they be punished out of a child. They are the result of emotions and instincts that are fueling a child’s behaviour, making taking care of them difficult and exhausting. These behaviours are a result of a growing phenomenon in our homes and schools where our kids are taking the lead in the adult-child relationship and it becomes the work of the parent to regain their role as the caretaker.

Being the boss is not a job for a child

The number of children with dominance problems has steadily grown over the last thirty years, overturning the natural adult/child relationship that has existed for centuries. Without understanding the roots of how the relationship has become upended, adults are left to chase down rabbit holes and ineffectually focus on the myriad behavioural symptoms of bossy kids.

When there are dominance problems a child is driven (emotionally and instinctively) to displace their parent from the leadership role, and to act and talk like they are in charge. Instead of resting in their adult’s care and following their lead, they insist on “fairness” and adherence to their version of the “rules.” They can also be clingy, must have the last say, and claim superiority. While the child is attached to their parent, they are attaching in the lead position instead of a dependent one. Children cannot rest, play, or grow if they are in the lead.

A loss of parental leadership

There are many reasons and ways parents can lose the lead when it comes to caring for their kids, including a lack of cultural support and a lack of confidence in what they can offer a child. There are four common reasons why children exhibit bossy behaviour.

Our love of independence

We all want to raise our children to become separate, social people who will be self-sufficient and goal-driven. The problem is not in wanting these things but in how we seek to get there. Children need to depend on their adults given their immaturity, which was always nature’s intention when it came to raising a child. We are meant to be the ones to guide and orient them, share our values, look out for, protect, nurture, and defend them when necessary.

Children were not meant to take the lead in caring for themselves until they are mature but we can prematurely push this along. Adults were meant to slowly retreat to a consulting role by the teen years, but this does not come from pushing kids to grow up. Examples of this include expecting babies to soothe themselves or preschoolers to be able to self-regulate strong emotion, or when we push young kids into early academics instead of allowing them to play. When we push independence before our children are ready, we communicate to them that they better care for themselves and bossiness can be the result.

Our love of independence is eclipsing from view the necessity of inviting our children to depend upon us. All growth emanates from being deeply rooted in a trusting relationship and this is our role in raising a child—to ensure they are rooted in our relational gardens where we can cultivate them to mature, civilized ways of being in the world.

Offering too many choices

Promoting premature independence in kids often begets the parenting practice of asking our children to make choices about their caretaking. What do they want to eat? Do they want to go to bed yet? Do we consistently surrender to their relentless demands for playdates and sleepovers? There are many ways we lose our rightful place as leaders, especially when we over-consult with them on what they need. That being said, there are age appropriate areas our children can show healthy leadership, such as taking care of a younger child or pet, deciding what they want to play with, or how much food their body wants to eat. The problem is with our belief that we have to ask our children questions to make them independent, when what they hear is that we don’t know how to care for them nor know how to take the lead. A child will feel most secure when we read their needs and move to provide for them.

Parents face many stressors and competing attachments ranging from work responsibilities and financial obligations to divorce and health challenges. Kids need to count on their adults to provide routine, consistency, and stability.  When parents are not available, and when they do not generously provide warmth and attention to their child, then insecurity and anxiety may flourish. The more things that detract parents from their caretaking role, the more a child loses an emotionally safe, dependent relationship they require to grow. Further, while there often exists unavoidable separations parents and children face from each other given work and school demands, the role of surrogate adults in the child’s life becomes just as important to ensure the child feels cared for.

Parenting is not for the faint of heart. While we have been caring for children for centuries, today’s parents receive conflicting and contradictory advice, making the job seem even harder. Fear and lack of confidence in parenting stems from feeling like we don’t have all the answers to deal with their tantrums, learning needs, or how to discipline them correctly. When we parent from a place of fear—being overprotective, never saying no, negotiating as if they were equals, distracting them from their upset, or making everything work for them—we rob them of the secure base they would instinctively lean on when facing adversity. We need not worry that we don’t have all the answers as long as we see ourselves as the answer to their needs. 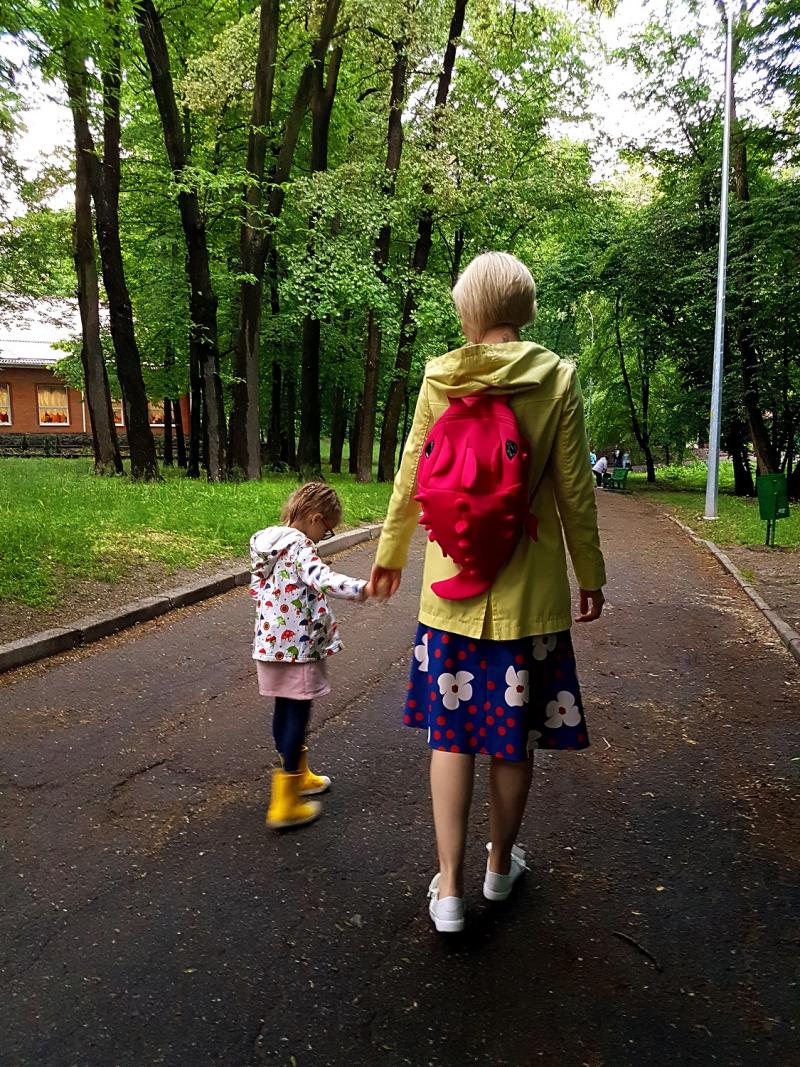 The marks of a leader

Staying in the lead means inviting the dominant child to depend on us. We cannot force a child to rest in our care, but we can work to create the conditions that will foster it by accepting the work of the relationship and assuming the alpha role in the child’s life.

To accept the work of the relationship is to keep our finger on the pulse of whether our children feel close to us, depend on us, and trust us. If our relationship feels strained or weakened, we need to repair and protect it and refrain from using separation-based discipline methods, opting for discipline through connection instead. Our relationship alone is what should influence a child’s desire to obey, follow, attend, listen, and share the same values as us, and parents must take the lead in preserving it.

To claim an alpha role in a child’s life is to act as their compass point and to help them make sense of the world around them. It means we don’t simply meet their demands but anticipate their needs, and we seize the lead in nurturing and comforting them when they are facing the failures that are part of life. To invite a child to rest in our care we need to portray a strong alpha presence so that they feel we are in charge and can handle whatever comes our way, from tantrums, to resistance, to emotional outbursts.

Given the intense nature of the bossy child, it is common to hear that they need a “harder hand” or to be “taught a lesson.” If the response to an alpha child is to exploit their dependency, remove things, punish, or lord one’s authority over them, this will do little to court reliance on a parent. At the same time, you cannot give in to unreasonable demands or fail to lead through the storms that occur. The place that one must lead an alpha child from is one of caring dominance where the parent is in charge but the child will not experience their care as adverse or unsafe. It is only through warmth, generosity, and capably setting limits while dealing with anger and upset that will convincingly demonstrate that a parent is their best bet.

Becoming the boss you were meant to be

There are three things we can do to give our kids an invitation for conscious relationship that they cannot refuse.

One of the most important strategies for managing an alpha child is to lead from one’s own alpha (read: caring and firm) stance. You need to convey to the child at every turn that you can take care of them. Finding the place inside of you that wants to take care of them, seeing yourself as strong and able enough to take care of them is a must. You may not always feel this way but by acting in this role every day, small gains can be made. If a child with a bossiness problem recognizes that they can defy and baffle their caretakers, they will not trust in your caretaking. While there will be times a child gets very frustrated because you won’t give in to their demands, the feeling of being too much for their caretakers will only reinforce their alpha stance.

To invite dependence, a parent must make it safe to be depended upon. When adversarial parental authority is used to control the child by taking things away or denying privileges in order to gain compliance, this will do little to build trust and will only exacerbate a child’s alpha stance. Time-outs and other forms of separation-based discipline can convey to the child the relationship is conditional and based on good behaviour only. A parent must steer through stormy behavior by not using their power to coerce compliance. Sidestepping the battle in the middle of conflict, and talking about the child’s feelings and behaviour after the fact can go a long way to preserving both the dignity of the child and the parent.

Take the lead in activities

An effective strategy with an alpha child is to find windows of opportunity where the child must depend on their adult for care. Taking the child on outings can achieve this. Many alpha children refuse to leave the house simply due to the fact that the request is coming from their adult (over whom the bossy child is “supposed” to have authority) and because their house is also their safe “kingdom.” Despite their protests, getting them out and leading them to a new place in which they must depend on your expertise to navigate can dislodge their alpha stance temporarily.

If we can see the alpha child for what they are—a child who no longer depends on their adults—then we can find our way back to demonstrating we are the security they seek. When an adult regains the lead through caring dominance, the child will rest in the caretaking offered and be freed of their hunger for connection.

For more information and support in reclaiming the lead with a dominant child visit neufeldinstitute.org.