How Gut Health and Behavioural Disorders are Connected

Researchers are unlocking the mysterious connection between our gut and our brain
By Joanna Biafore, CNP, 01 December, 2019

I will never forget the day when I had my son re-tested for a behavioural disorder. It had been three years since his initial diagnosis, and this time the doctor at York University Psychology Clinic turned to me and said, “Not only does your son not have a behavioural disorder, but he doesn’t even come close to dancing the line.”

Rewind to three years before: a time filled with worry, anxiety, and stress as I desperately tried to navigate my sons’ challenges. Meltdowns, constant upset, and frequent visits to Sick Kids Hospital is what life looked like then. I often felt isolated and I worried about what his future would hold. But as I researched the options available for him and navigated how I could help support my son through speech and language therapy and applied behavior analysis (ABA), I dove deeply into a less widely known area: food therapy. Through a series of elimination diets and the introduction of whole foods, both of our lives changed! It might seem too good to be true, and research is still growing, but it’s undeniable that the way we eat can have significant impact on the quality of our lives.

Think of the microbiome in our gut like a community of trillions of different types of people surrounded by a fence. Ideally, the neighbours will live peacefully, protected from harm by specially assigned guards who line the fence. When the odd invader tries to get in, the soldiers can quickly send them packing. The more guardians lining the fence, the safer the community. Conversely, if there aren’t enough guards, it’s hard to keep those rascals from scaling the fence and successfully taking up residence.

Our gut community is made up of good bacteria whose job it is to defend our bodies from bad bacteria, yeast, parasites, and viruses, those wily intruders who are always testing the security of the perimeter. When our gut is in balance, there are more good bacteria than bad, the community is peaceful and, for the most part, runs quite smoothly. When those unwanted bacteria move in, they multiply, and an imbalance, or dysbiosis, takes place and disrupts the balance of our gut. (Learn more about our amazing microbiome.)

Listed as one of the top 50 scientific discoveries in Canada by the National Sciences and Engineering Research Council of Canada, the promising possibility that environmental and dietary factors could have a connection to behavioural disorders like ADHD (Attention Deficit Hyperactivity Disorder) and ASD (Autism Spectrum Disorder) is gaining validity as researchers unlock the mystery of the microbiome and its connection to the brain.

It has been suggested that an impaired microbiome can influence the central nervous system as well as diminish the body’s ability to produce adequate levels of serotonin, which is mainly manufactured in the gut. Serotonin production relies on good bacteria, so if the gut is in dysbiosis, that production will be impaired. Serotonin deficiency can present itself as stress, anxiety, depression, behavioural disorders, lack of impulse control, insomnia, poor appetite, aggression, and irritable bowel syndrome (IBS). Further, many experts also believe that issues like autoimmune disease, chronic fatigue, allergies, learning disabilities, dyslexia, and even mental illness may be connected to abnormal gut health and nutrient deficiency.

Emerging research also implies that the microbiome plays a role in the function and development of the blood/brain barrier, which protects the brain from harmful substances (or rascals!) in the blood. When the gut isn’t working symbiotically with the rest of the body, it also can’t properly digest, absorb and assimilate, or use necessary nutrients, creating a deficiency in essential fats, vitamins, and minerals.

While gaining in popularity, the connection between diet and the brain is not a new idea. Back in the 1960s, Dr. F. Curtis Dohan discovered that the gut lining of schizophrenics was permeable and did a poor job of digesting wheat and diary proteins efficiently. He then reported that other cultures around the globe who had low levels of wheat and dairy in their diets also had low levels of schizophrenia in the population.

Fast forward to current research which is beginning to show the link between behavioural disorders and nutrient deficiencies. In 2014, a group from The University College of Cork in Ireland suggested that regulating and changing the microbiome may be an influential approach for developing alternative treatments for central nervous system disorders such as depression, anxiety, autism, and IBS.

Similarly, in 2016, an Australian study also showed some positive results regarding the potential for the gut microbiome to shape both brain development and neurological functions associated with mental illness. The review mentions dysbiosis as a contributor to psychopathology with evidence linking gut health with psychiatric disorders, neural development, and behaviour.

Nutrients for the gut-brain axis

Essential fatty acids, found in foods like fish, flax, and chia, can help with mood and cognition. A deficiency in these acids may present as slower cognitive function, anxiety, depression, and a delicate nervous system (that has a stronger than usual response to the environment. ie.) startling easily).

Magnesium, a mineral abundant in spinach, avocado, and quinoa, not only helps calm the body, but can help with memory. It makes sense then that deficiency in magnesium can potentially impair both memory and our ability to learn.

B vitamins, found in eggs, nuts, seeds, meat, and dark leafy greens, help in the production of serotonin and our ability to cope with stress.

Vitamin D isn’t just for supporting our immune system and building stronger bones. Current research suggests that vitamin D has a bigger job than we originally thought, helping with the absorption of amino acids and supporting a healthy nervous system.

Choline, a micronutrient found in beef, poultry, fish, and eggs, is a precursor for the neurotransmitter acetylcholine, which helps to support brain function. A deficiency can contribute to poor memory, impaired brain development, and anxiety.

Probiotics are manufactured in the gut and are needed to prevent dysbiosis. Supplementation may be necessary to boost healthy colonization.

Adding more of these supplements and food items into the diet isn’t always enough, and this is where working closely with your healthcare provider is key. They are in the best position to help you customize a supplementation regime for your child that best suits their needs. 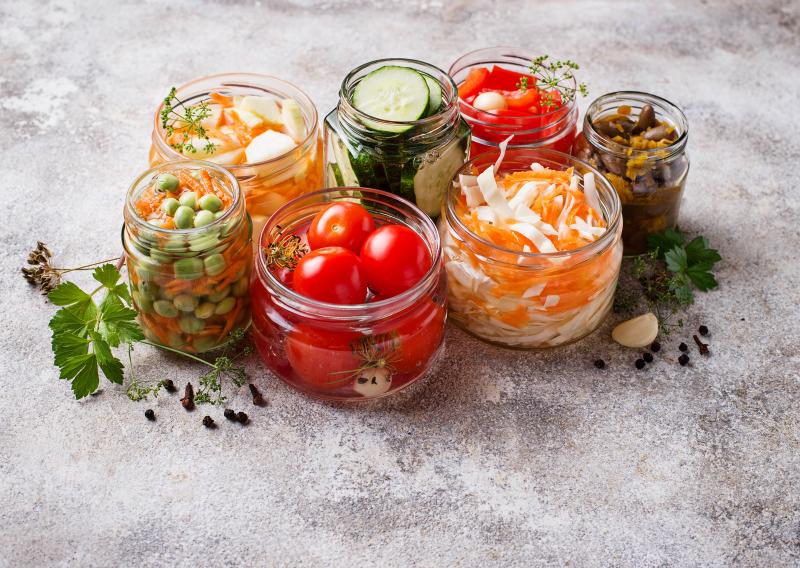 If you have a child who has been diagnosed with a behavioural issue, or you are concerned that they might have one, a gut-healthy diet is an easy place to start. Many such children show significant improvements on a healing and nourishing protocol that includes customized supplementation, an elimination of triggering foods (allergens), and an adoption of a cleaner diet made up of whole foods devoid of harmful dyes, additives, and preservatives, and rich in gut-healing heroes.

Eliminating gluten and casein (a protein found in dairy) has shown improved symptoms in those with a compromised gut flora. These are both common triggers that can cause inflammation, gas, bloating, constipation, brain fog, mood swings, problems with weight management, and sore joints, to name a few.

Adding bone broth is a great way to get more collagen (from the Greek for “glue”), a structural protein that helps to heal and seal the lining of the gut, working as a protective barrier between it and the bloodstream. Bone broth is also rich in mood- and behavior-modulating calcium and magnesium, and contains bone marrow, a fat that is beneficial for brain-building, and high levels of lipids and amino acids such as glutamine. The nutrients found in bone broth help support liver health and the detox process, and have potential in the healing of depression, ADD, and ADHD. (Your grandmother wasn’t wrong when she told you that chicken soup was one of the most healing foods on the planet!)

Including fermented foods like kimchi, sauerkraut, kefir, and kombucha, which are rich in probiotics, helps build beneficial bacteria, provides bioavailable nutrients, and aids in the production of serotonin. Probiotics also help remove anti-nutrients (compounds that reduce the body's ability to absorb essential nutrients) and toxins that are harmful to the digestive tract.

Getting your fruits and veggies means more than just a boost of vitamins and minerals—they also play an important role in in how our bodies absorb and process those nutrients. Produce contains enzymes necessary for the digestion, absorption, and assimilation of nutrients in food. They’re also a great source of fibre, a prebiotic that feeds beneficial bacteria, including probiotics, and also contributes to regular, healthy bowel movements. Lingering and partially digested food will quickly putrefy, becoming food for bad bacteria. An overgrowth of yeast (candida) could also join the party, leading to damage, inflammation, and dysbiosis in the gut. (Here's how to choose produce with fewer pesticides and chemicals.)

A note on fruit: When looking to heal the gut, many experts advise to consume fruit when it’s ripe (frozen is a great option!). Juicing is a good way to get the day started, providing an opportunity to consume vitamins and minerals and set our digestive system off on the right foot. If you choose to juice, have it with a meal that includes fibre, fat, and protein, to avoid blood sugar spikes.

Choosing quality animal sources like beef, fish, and poultry that are antibiotic-free, sustainably-sourced, and grass-fed or free-range, is a great way to get those essential vitamins, minerals, fats, and proteins. If you are a vegetarian you can focus on eggs, or fish and fish stock if you’re pescatarian. (For those who follow a plant-based diet, please talk to a healthcare professional about alternatives).

As the link between our diet and the gut/brain connection continues to be researched, we are beginning to get a clearer picture of how we can both manage and alleviate symptoms associated with behavioural problems simply through improving our microbiome function! Work with your healthcare provider to set up a plan that works for your child, and arrange testing for candida and food allergies. Most importantly, be patient: gut healing takes time, and there are many paths to get there!