The Importance of BPA-Free Cans

what you need to know about preserved food packaging
By EcoParent Magazine, 21 July, 2021

There has been a great deal of focus in recent years on the harmful effects of plastics on both the environment and human health, and for good reason. In addition to the sheer volume of physical waste created, plastic contains toxic chemicals that are prone to leach into surrounding areas. Of particular concern to consumers is bisphenol A (BPA), which has been banned for use in certain items by both the Canadian and American governments. However, BPA (and other toxic chemicals) are still found in thermal paper receipts, plastic food storage containers, plastic beverage bottles, and in cans - one of the most common forms of commercial food preservation and packaging.

How is BPA Used in Food Packaging?

Canned foods are a staple in any pantry. They are an easy and convenient way to access and store our favourite foods year-round. Nearly all metal cans used for food and beverages are lined on the inside to prevent contamination from corrosion and extend shelf life. These linings are generally made of plastic, many still containing BPA.

BPA is an industrial chemical that is used to make a clear, hard plastic to form an epoxy-resin, or protective barrier, between the can and the foodstuffs within. Whether cans contain BPA (and in what quantity) is considered a trade secret, however. Both the U.S. Food and Drug Administration (FDA) and Health Canada have both stated that dietary exposure to BPA through packaged foods does not pose a health risk. Recent research, however, suggests otherwise.

Is BPA Safe in Canned Foods?

Research has shown that BPA can leach into food or beverages when in contact with heat or acid. This is a concern, as temperatures can fluctuate during shipping and the acid content of foods can vary. It is therefore not surprising to learn that 95% of Canadians between the ages of 3 and 79 have BPA in their bodies, with dietary sources being the main culprit.

This repeated exposure to BPA is detrimental to human health in a variety of ways. As BPA mimics the hormone estrogen in the body, it is considered an endocrine disruptor and can impact adolescent development. Hundreds of studies have linked BPA to increased risk of breast and prostate cancer, obesity, type-2 diabetes, infertility and other reproductive disorders, cardiovascular disease, and neurological development in children.

Other toxic chemicals in canned goods

As these concerns about BPA became mainstream, some companies began offering BPA-free cans. Unfortunately, this does not mean toxin-free. Replacements for BPA include bisphenol S (BPS), polyvinyl chloride (PVC), polystyrene, polyester resins, and various phthalates. BPS may have the same (or worse) effects on human health as BPA, and phthalates are of particular concern in pregnancy and early childhood development, as they have been shown to easily release into food and water.

Most advice on avoiding these contaminants from food sources includes not eating any canned food, something that is simply not reasonable for busy, modern families.

A Non-Toxic Alternative to BPA

Long before the problems with BPA became mainstream news in North America, Eden Foods looked to research in the European Union (EU) about the toxicity of BPA in canned foods. They sought answers from their can suppliers about the BPA content in their cans, but were told this information was proprietary. Knowing that this could not continue, Eden Foods sought to become a pioneer in toxin-free canned food packaging.

Back to basics - before and after BPA

The obvious question is “What was used before BPA?” The answer is a plant-based resin enamel. In 1999, Eden Foods began using a custom-made can lined with an oleoresinous c-enamel, where oleoresin is a mixture of oil and resin extracted from plants such as pine or balsam fir. As consumer demand for such products increased, the BPA-free labelling was added to its canned bean, rice & bean, refried bean, and chili labels. By 2017, Eden Foods transitioned to an improved, non-toxic can lining for both low (beans) and high acid (tomato) foods. This new can lining is BPA-, BPS-, and phthalate-free, making it the safest can available.

Where to Find the Best Organic BPA-free Canned Foods

A healthy diet includes not only high-quality organic foods, but also safe and non-toxic food storage. We recommend keeping your pantry stocked with these staples (and more!) from Eden Foods. 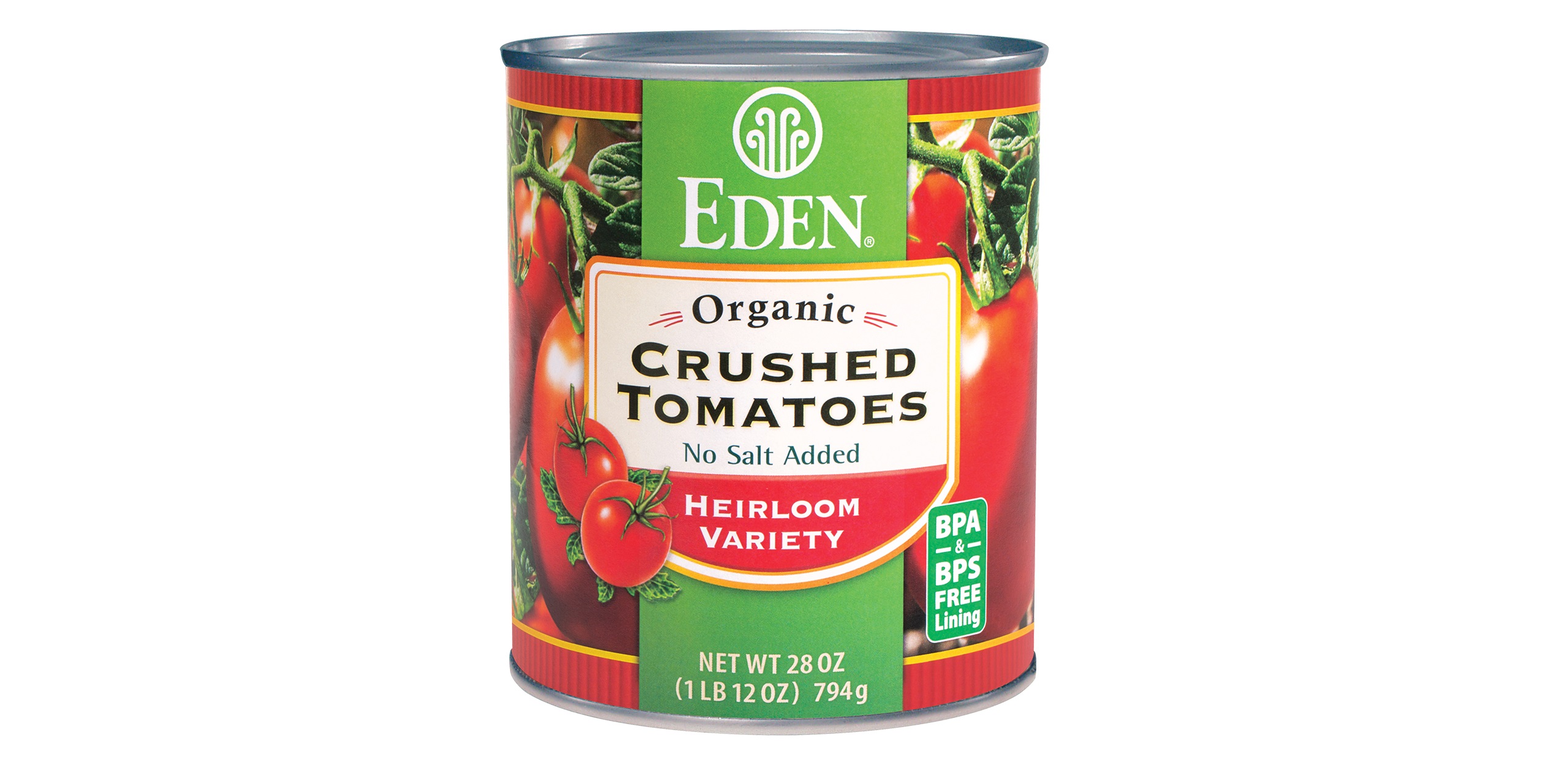 As a food with high acidity, tomatoes present a challenge when transitioning away from BPA can linings. For many years, Eden Foods chose to move its tomatoes to amber glass in order to minimize contact with BPA (the lid still contains a minute amount, but has a protective sealant that isolates contact with the jar’s contents). Today Eden Foods’ tomato products are also available in cans with a lining free of BPA, BPS, and phthalates that are specifically designed for high-acid foods.

Crushed tomatoes are a key pantry staple because they are so very versatile! They are the building block to hearty family meals such as pasta, pizza, curries, and soups. We suggest Tomato Black Bean Gazpacho for a refreshing summer meal. 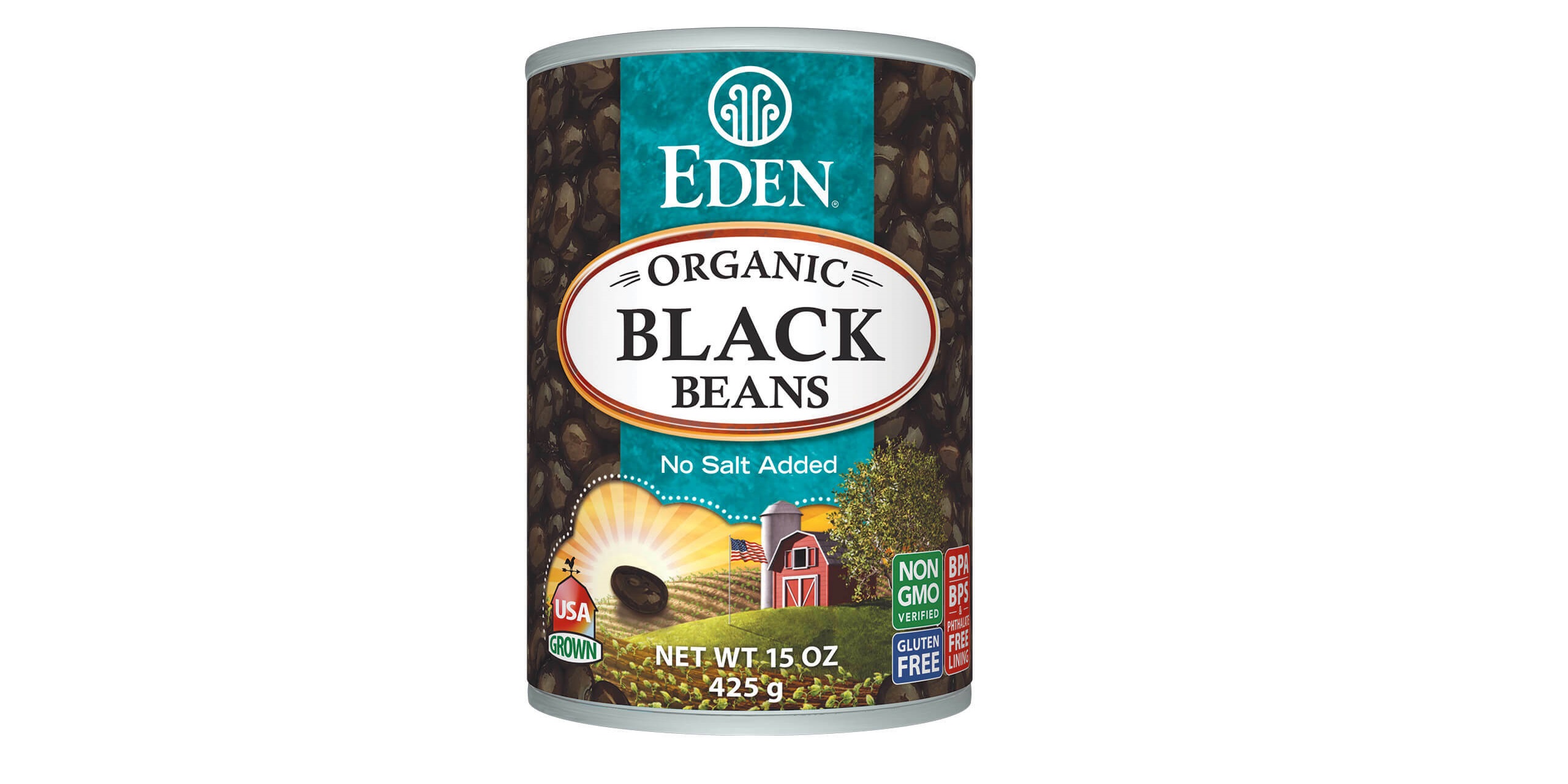 A simple can of black beans is a powerhouse of nutrition, high in protein and loaded with fibre, folate, potassium, manganese, and magnesium. Canned beans eliminate the need for soaking before cooking, making them perfect for busy weeknight meals. The variety of tasty, plant-based meals that feature black beans are virtually endless. Try this black bean and corn salsa at your next backyard gathering. 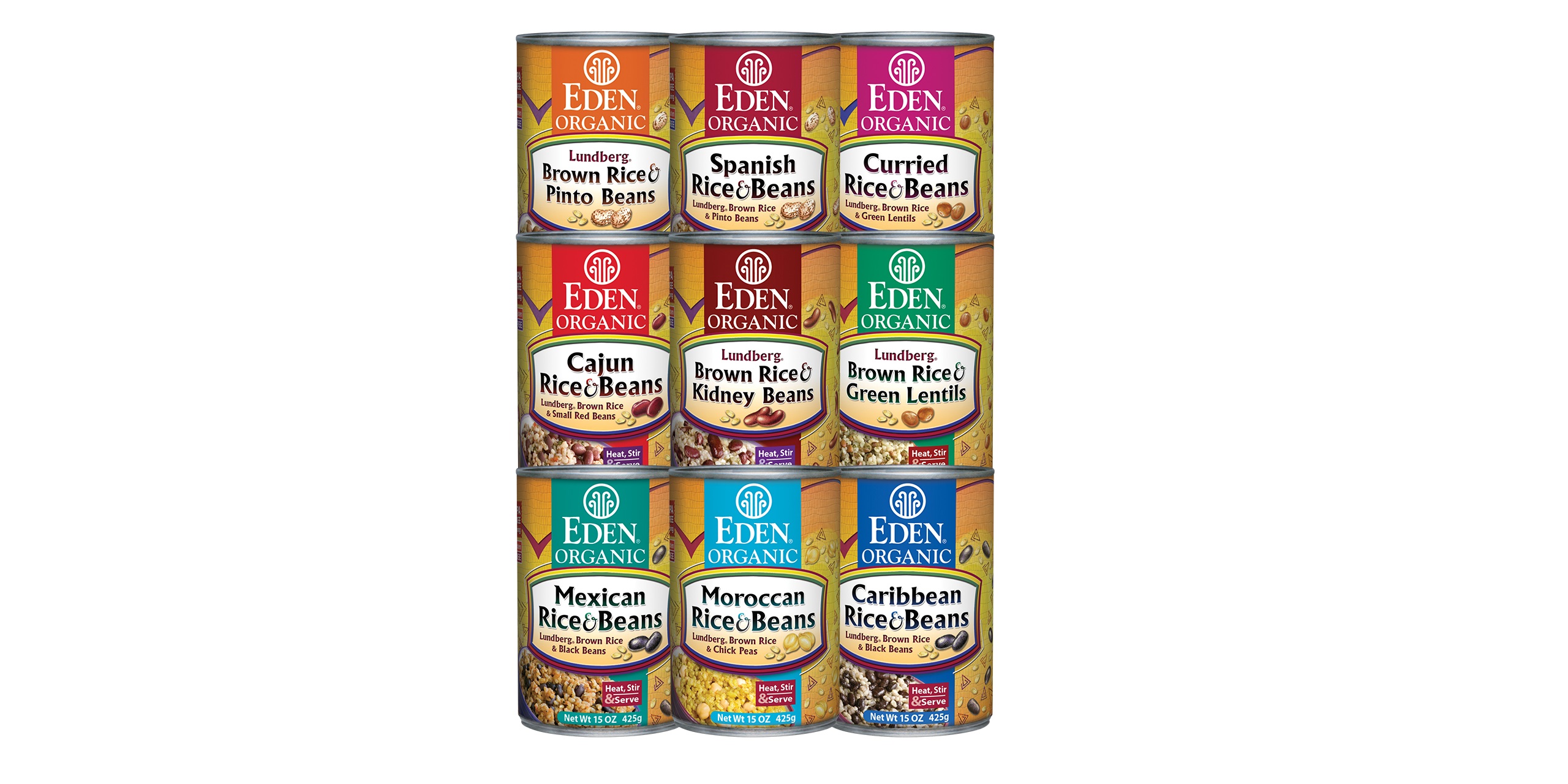 Quick and easy meals should still be healthy and hearty. Made from the best organic beans and short grain rice, Eden Foods’ Rice & Bean Sampler has something for every palate. Grains and beans together are a perfect combination of flavour with a complete protein profile. Just heat, stir, and serve or add water to make into a great soup.

Our favourites are the Curried Rice & Lentils (perfect on their own or as a filling in samosas) and the deliciously spiced Moroccan Rice & Garbanzo Beans.

Safety You Can Trust

This summer, whether you’re enjoying a home-cooked meal, getting together for a holiday cookout, or packing up for your next camping trip, you can be confident that your family is enjoying classic, hearty foods packaged with caring and safety in mind.

You may also enjoy: BPA and Food Cans in Canada, How to Detoxify your Kid’s School Lunch and Snacks, and Healthy Lunch Prep, Pack, and Store Solutions.