the holiday berry that supports your health all year long
By EcoParent Magazine, 15 November, 2021

Cranberries are a holiday season staple. In addition to the traditional sauce found on holiday tables, the sweet tartness of cranberries make them the perfect ingredient in side dishes, salads, pies, oatmeal, granola, muesli, and baked goods. These tart, red berries are a popular superfood that are usually enjoyed juiced or dried. The health benefits of cranberries have been known in traditional medicine for centuries and are well supported by current research.

History and Cultivation of Cranberries in North America

Cranberries are native to North America and are a member of the heather family, making them relatives of blueberries, bilberries, and huckleberries. Indigineous peoples used, and continue to use, the berries as food (including as an ingredient in pemmican, a type of jerky), textile dye, and for medicinal purposes. Traditional names for the cranberry include sasamanesh (Narragansett), ibimi (Wampanoag and Lenni-Lenape), and atogua (Algonquin).

The name “cranberry” comes from the German kraanbere, or “craneberry” as early settlers thought the flowers on the cranberry shrubs resembled the head of a Sandbill crane. Picking wild cranberries from bogs was an important source of nutrition at this time. By the 1820s, cranberries were being cultivated in New England, and today the United States, Canada, and Chile account for 98% of commercial cranberry cultivation.

A common misconception about cranberries is that they are grown in water. In fact, they are grown in low fields with bog-like conditions, with their shrubs and vines forming a dense ground cover. When cranberries take on their deep red colour (typically in the fall, after the first frost), the fields are flooded and ripe berries float to the surface for harvesting. They are then processed for market, usually as juice, sauce, or as a dried fruit.

This nutrient-dense fruit is a rich source of several vitamins and minerals, especially vitamin C, an antioxidant that is essential for maintaining healthy skin, muscle, and bones. They are also a good source of manganese, vitamin E, and vitamin K1, as well as the trace element copper, which is essential for cardiovascular health. As fibre is lost through juicing, dried cranberries are a good choice for adding in a little more dietary fibre.

Cranberries have historically been part of folk remedies that date back centuries and now supported by modern scientific research. Most well-known for urinary tract health, cranberries are also a good source of proanthocyanidins and antioxidants that both promote overall health.

Cranberries have long been a home remedy for bacterial urinary tract infections (UTIs), which cause frequent and painful urination. Research has demonstrated that regular consumption of cranberry juice may help to prevent UTIs, especially symptoms in those with recurrent UTIs, which in turn reduces the need for antibiotic use. It has been shown that specific compounds in the cranberry fruit, namely proanthocyanidins, from the cranberry fruit prevent Escherichia coli (E.coli), the primary bacteria responsible for UTIs, from attaching to the urinary tract. The bacteria are then more easily flushed from the tract rather than growing and causing infection.

In addition to promoting urinary tract health, PACs are unique bioactive compounds in the flavanol family that influence overall health in many other ways. They have been shown to reduce the risk of certain infections, promote cardiovascular health, and decrease inflammation associated with chronic illness and aging. Interestingly, research is showing that adding cranberries to your diet may have a positive impact on your gut microbiome, influencing metabolism and immune function.

Most of the plant compounds with protective antioxidants are found in the skin of cranberries, such as anthocyanins that give them their bright red colour. Antioxidants in the diet are critical as they help protect cells against free radicals, which occur naturally in the body when food is broken down or when we are exposed to environmental toxins. Free radicals are known to damage DNA, and contribute to inflammation, cancer, cardiovascular disease, and decline in cognitive function.

Antioxidant activity in food is measured with a system called the Oxygen Radical Absorbance Capacity (ORAC). In general, the higher the ORAC value, the greater the ability to capture oxygen free radicals. Cranberries have a high ORAC value among common fruits, delivering potent antioxidant value for your overall health.

Where to Find the Best Dried Cranberries 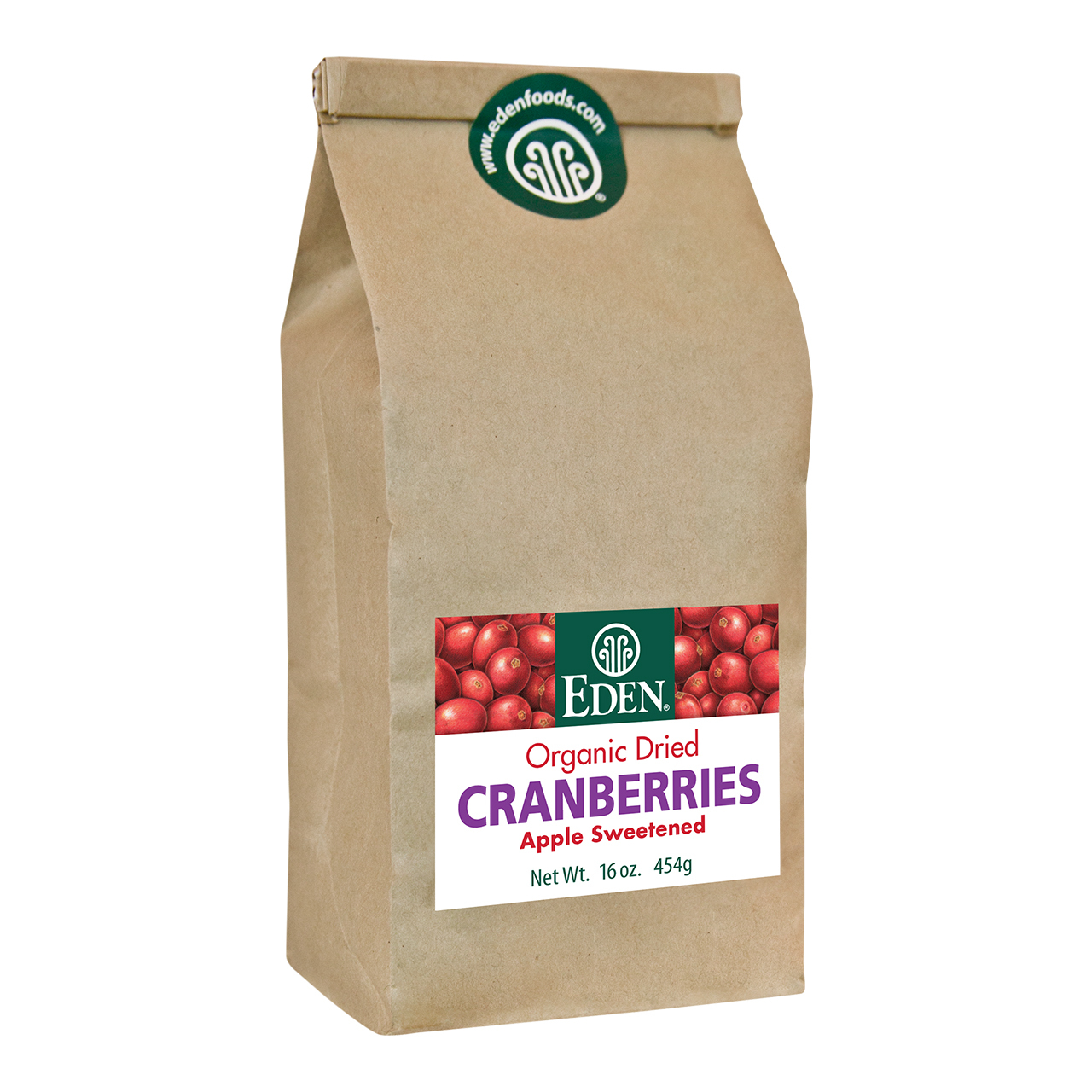 With their sweetly tart taste, cranberries are a versatile ingredient to incorporate into your family’s diet. Beyond a simple, small handful, they are easily incorporated into other healthy snacks such as trail mix, granola bars, popcorn balls, and muffins. Try them at breakfast in breads, granola, muesli, and oatmeal. They are wonderful in homemade bread and add a pop of flavourful colour to salads. This holiday season, we recommend Cranberry Cherry Sauce as a twist on the classic garnish, and Squash Pie with Oatmeal Cranberry Pecan Crust for dessert. 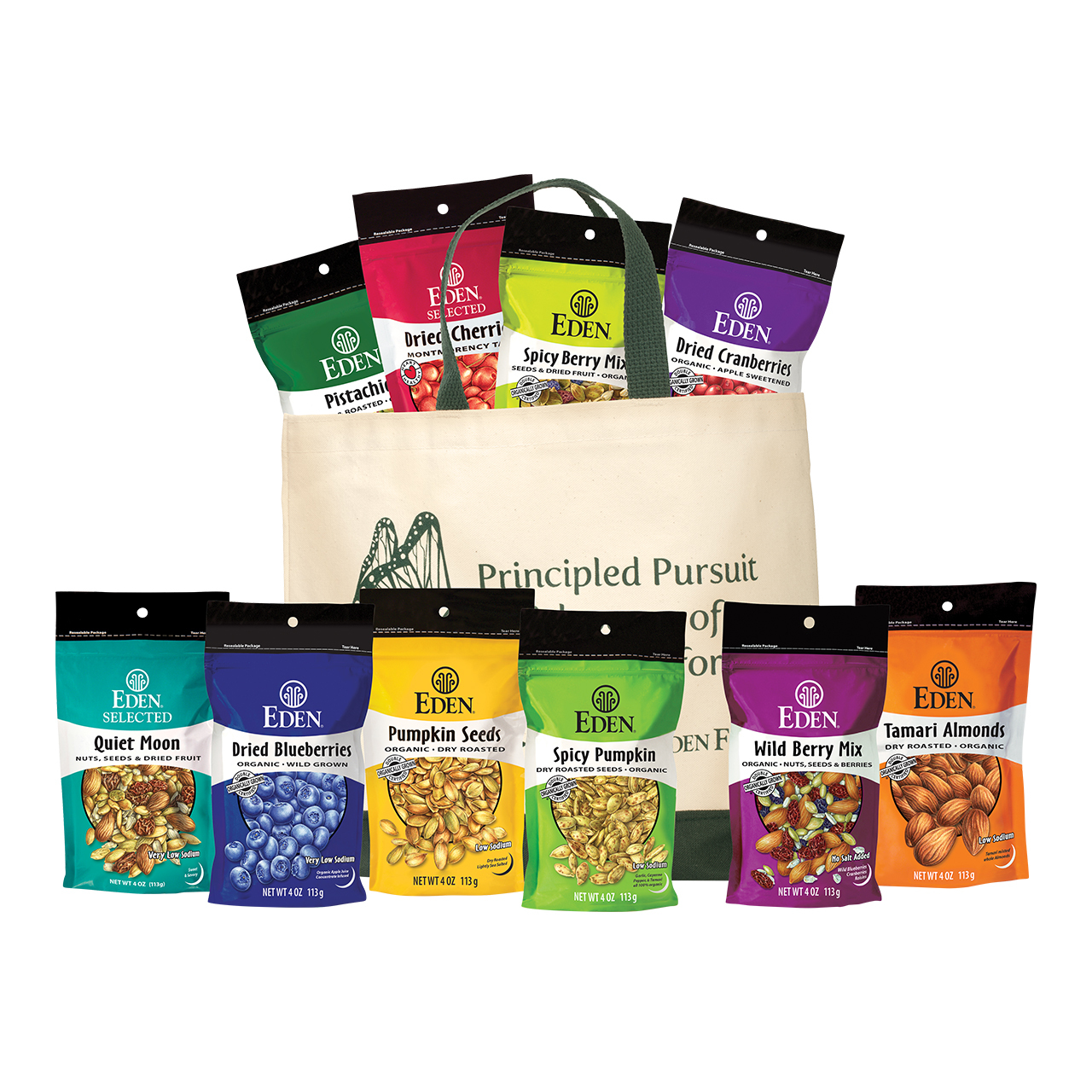